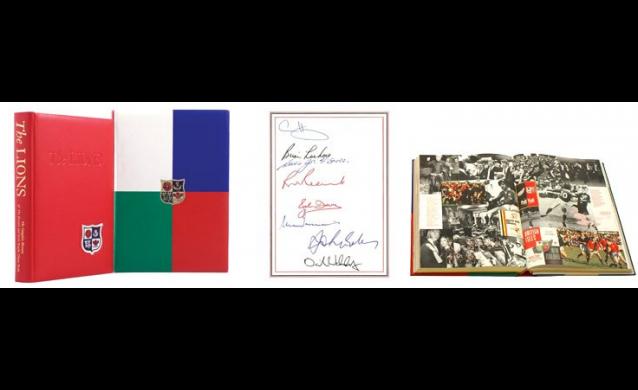 The story of the British and Irish Lions is an epic tale: this complete history of the touring team has been produced on an equally massive scale. The 30 tours since 1888 is told in more than 120,000 words, through the memories, diaries and letters of more than 50 Lions and their opponents, and through piecing together the evidence assembled from two years of research in both the northern and southern hemispheres.

THE LIONS: THE COMPLETE HISTORY OF THE BRITISH AND IRISH RUGBY UNION TEAM is undoubtedly the best-illustrated book on the team ever produced. It contains more than 600 images of the Lions and their opponents on and off the field, dating back to 1888 and the very first tour to Australia and New Zealand. Many of these pictures survive only in century-old scrapbooks in the archives of rugby museums around the world and have never been previously published.

All the surviving captains of the British and Irish Lions and their Test opponents - 27 of them in total - have contributed an introduction to the chapters on their tours to offer a unique insight into some of the greatest of all Test series. And the Lions organisation itself - British Lions Ltd - has opened its archive for the project, permitting access to and reproduction of the post-tour reports of the team's managers and coaches from 1959 to 2001, some of them for the first time.

The book includes full statistics on all Lions tours and Tests, contributed by Stuart Farmer, the official statistician of the British and Irish Lions.

Each book is accompanied by a print signed by a Lions player and suitable for framing.

This copy is in mint condition in original packaging