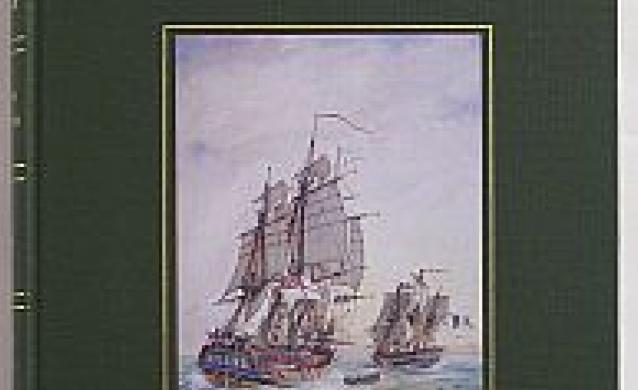 Originally published in 1986 by Genesis Publications and Hedley Australia. In a once only printing of 2000 copies worldwide, these are the final copies available, new and mint. Each large book is superbly printed on high quality art paper and produced in a decorative green cloth-case, with a full colour painting blind-blocked into the front and gilt lettering on front, back and spine. Housed in an individual mailing carton.

This book is the definitive work on Matthew Flinders, one of Australia's greatest navigators and explorers. Matthew Flinders' romantic career has always appealed to Australians. His ever-popular name has been attached to numerous Australian geographical features and to institutions, streets and localities. Born in 1774,he went to sea at 16 and ventured with William Bligh to the South Seas in H.M.S. Providence, but his most famous voyage was in command of the H.M. Sloop Investigator for an important two-year expedition to the unknown coasts of Australia, whose southern and eastern coasts he charted with remarkable accuracy.

This is a comprehensive survey of much of Australia's early sea exploration but it is also a great story of Flinders’ adventures including shipwreck in the Coral Sea, exhausting survival journeys in an open six-oared cutter, and finally capture by Napoleon's French, leading to imprisonment on Mauritius on his way back to England.

This monumental book is the product of seven years' research and writing by hydrographer Geoffrey C. Ingleton, ex Lieutenant Commander Royal Australian Navy. Contents include:
- A Foreword by H.R.H. Prince Philip, Duke of Edinburgh.
- A comprehensive 400,000 word text on Flinders' life and career, including his early coastal explorations and meritorious contributions to the foundation of Australian hydrography, as well as his long detention at the Ile de France (Mauritius).
- Over 250 black and white text illustrations, many being reconstructions by the author.
- Detailed indices (Persons, Ships and General).
- Sixteen full colour reproductions of contemporary paintings (two portraits, six natural history subjects by Ferdinand Bauer and eight views by William Westall).
- Sixteen black and white plates of Flinders' original manuscript charts and of the views, portraits and instruments.
- Four valuable appendices on the Investigator, the Admiralty instructions &c., the complete lists of Flinders' original manuscripts and published charts.
- A coloured frontispiece by Geoffrey C. Ingleton of the encounter between the Investigator and Le Geographe.