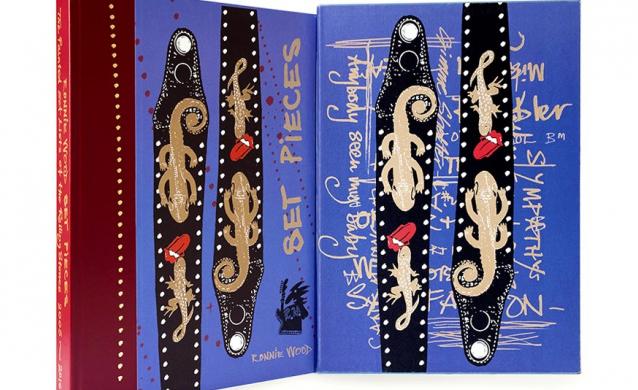 'During rehearsals, I draw up set lists on big canvases, putting down the songs and the keys they're in. We hang these set lists on the rehearsal room walls so we know where we've been and where we're going.' – Ronnie Wood

Over the last two decades, each song the Rolling Stones have played in rehearsals has been recorded by Ronnie Wood in a series of hand-painted set lists. The result is a unique collection of canvases that document sell-out tours across the globe, such as the band's landmark 50 & Counting tour, historic concerts such as 2016's performance in Havana, as well as closed-door sessions for their latest album, Blue & Lonesome.
Now for Genesis subscribers and for all fans of the Rolling Stones, we are delighted to present Ronnie Wood's painted set lists for the first time. Choose from two new limited editions, each signed by Ronnie Wood.

The Set Pieces book is limited to only 1,000 numbered copies, each signed by Ronnie Wood.