Sunshine of Your Love by Eric Clapton 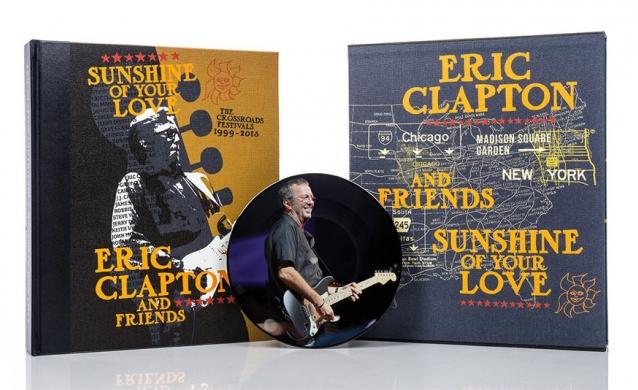 NOW ON DISPLAY IN MASTERTON  "One by one, my heroes would eventually be in the same room with me. What do we do? We just play, play our hearts out." – Eric Clapton

In 1999 Eric Clapton invited a handful of musicians to join him on stage at New York’s Madison Square Garden to raise money for his Crossroads Centre, an addiction rehabilitation centre in Antigua. Over the course of nearly 15 years, the festival grew into a celebration of guitar playing that drew musicians and fans from around the world.

Telling this story through a wealth of stunning photography and original commentary from world-renowned musicians, Sunshine of Your Love is limited to only 2,000 copies worldwide, each signed by at least two Crossroads performers.

An exclusive 7" vinyl picture disc includes two Crossroads performances by Eric Clapton: 'Wonderful Tonight' at the first benefit concert in 1999 and 'Got To Get Better In A Little While' performed at the final Crossroads in 2013, both recorded at New York's Madison Square Garden.