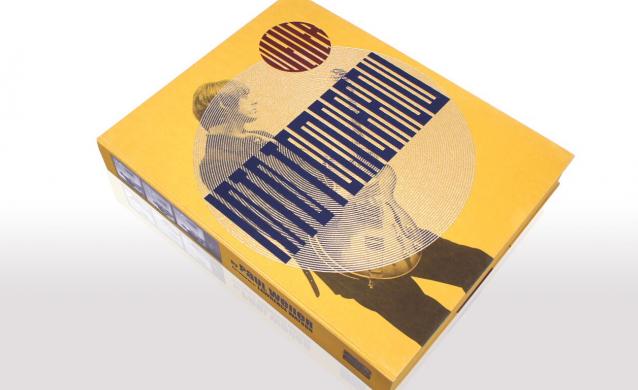 Paul Weller's visual chronicle of his entire solo career, spanning over 20 years. Annotated with his own text captions, Weller is retracing his journey in 800 iconic but mostly unseen photographs. Lawrence Watson tells the story from behind the camera, adding recollections of gigs, recording sessions and tours, from London to San Francisco, to Tokyo and back.

Each deluxe book is personally signed by Paul Weller and Lawrence Watson, full-bound in leather and housed in a folding solander box with embossed artwork and coloured foils.

Deluxe copies additionally include an archival giclée (print size: 10" x 12", suitable for framing) of a rare outtake from the Wild Wood sessions. This colour portrait is numbered to match your book, and jointly signed by both Paul Weller and Lawrence Watson.

A unique, limited edition vinyl record is discreetly housed inside the book's back cover. This 7" disc shares previously unreleased live recordings from a performance at the Hammersmith Apollo, selected by Paul Weller for inclusion with Into Tomorrow.

Weller and Watson's working relationship started in 1988, with a chance opportunity for Watson to photograph the Style Council. Weller was impressed with Watson's photography, so much so that the work was used for the Confessions of a Pop Group album cover. Since the Style Council, Paul Weller has released 11 studio albums, five live albums, 39 singles and three EPs - nearly all of which feature Watson's photography. Into Tomorrow is Paul Weller's second limited edition with Genesis Publications.

Paper: Heavyweight 200gsm archival grade matt art paper
Print Run: 2000 copies. This is one of 350 deluxe copies which include a co-signed giclee print and coloured vinyl.